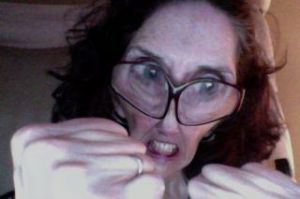 Maya Angelou once called anger a fire that burns all clean. (Bitterness, the loser alternative in her analogy, is like cancer, eating the host.) But while expressing anger is touted as purgative by some, and even as an effective negotiation technique by others (see the July 13 issue of Business News Daily), new evidence shows that negotiators who express anger pay a hidden cost down the line.

In two studies published in the September issue of Organizational Behavior and Human Decision Processes, an international team of researchers led by Lu Wang of the Australian School of Business at the University of New South Wales has found that there’s always a payback time when anger is used to get concessions. When the negotiators are of equal status, anger does often reap immediate rewards. Ditto for when the person expressing anger has higher status. But when the person expressing anger has lower status, there is nothing that can be gained through anger, and plenty that can be lost. The researchers identified no experimental negotiation conditions whatsoever in which anger can be expressed without a resulting loss. Anger may feel like a fire that burns all clean. But expressing it during a negotiation results in a whole lot of scorched earth.