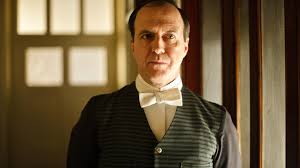 By the close of the Masterpiece Theatre series, Downton Abbey, changing economic times had reduced the Abbey’s household staff to a fraction of its original size. Carson, the butler, retired to be replaced by Barrow, who’d always longed for the position. And the footman Molesey accepted a teaching position at the local elementary school. This was truly a happy promotion for Molesley, as he’d never finished school himself and so had never thought he’d be offered the job of his dreams. But Mosley’s road to ideal employment was anything but rosy.

Before coming to the Abbey, Joseph Mosley had been employed alongside John Bates (who would become Lord Grantham’s valet) as a footman. Once Matthew Crawley was named heir to Downton, Molesley was recruited to serve as the butler serving Matthew and Mrs. Crawley in their village home. This was a step up the job ladder for him. When Matthew married Lady Mary, Molesley moved with Matthew into Downton Abbey to be his valet. But less than a year after his marriage, Matthew died, leaving Molesley out of a job. He had to accept work again as a footman—hardly a good use of what had become his advanced skill set. He begrudgingly tolerated what felt to him like the humiliation of lowly work because he knew that the labor market he had thrived in—“service”—was laying off workers everywhere.

These days many Americans face Moseley’s dilemma. Out of work through no fault of their own, they must accept temporary work, part-time work, or work below their skill level. And when doing so, some worry that accepting such “non-standard” work will spoil their future employment prospects.

In search of an answer, sociologist David Pedulla of the University of Texas at Austin devised two experiments: One was a field experiment assessing real-world practice. The other was a survey assessing employer assumptions and preferences.

For the field experiment Pedulla invented two female and two male personas. Their résumés showed that they were college educated and had employment histories of six years in a professional-level, full-time job. That job was followed by a 12-month spell either of full-time, standard work or of unemployment or temporary, part-time, or below-skill-level work. On behalf of his invented job seekers, Pedulla submitted 2,420 job applications. Then he assessed how often his invented job seekers got callbacks from potential employers.

Pedulla found that employers did not always respond well to evidence of a job applicant’s unemployment or non-standard work. Both male and female applicants who had accepted employment in a position that did not make full use of their skills were “scarred” (Pedulla’s term) by doing so, receiving only about half of the callbacks that applicants who hadn’t made that tough choice got. Men were also scarred for having worked part-time and for having been unemployed. Women were not.

The Survey of Employers’ Assumptions and Preferences

Pedulla created an Internet-based survey completed by 903 employers who make hiring decisions at U.S. firms. The survey respondents were asked to answer the question “How likely would you be to recommend that your company interview this applicant?” Then the employers were given résumés, some of which showed nonstandard employment or prolonged periods of unemployment.

Pedulla found that employers were less likely to interview either men or women who had worked in jobs for which they were over-qualified. Men with a recent history of either part-time employment or unemployment were also less likely to get callbacks.

What’s a Job Applicant to Do?

In our interview, Pedulla stuck closely to his behavioral scientist guns, making clear that no “Ten Steps to Getting Your Next Dream Job” advice would be forthcoming from him.

Though his paper does point out that the employers surveyed were more forgiving of a man’s irregular work history if they perceived him as being especially committed to the job at hand. For women, being perceived as especially committed didn’t have that effect. But being seen as competent did, at least a little.

And Molesley the footman turned butler turned valet turned footman? Well, he didn’t have to downplay his irregular work history in order to get his dream job. In one of the last of the series’ episodes, the offer to teach at the village elementary school came to him as a complete surprise. But then, on Downton Abbey, nearly every story line had a ridiculously happy ending.